How Casual Social Encounters Contribute to Well-Being, and Are Good for Business

It’s been over 12 weeks of lockdown in the United Kingdom, and restrictions to meet up with other people are only now being gradually lifted. Having severely limited social interactions means people have been missing out on fun events, such as family celebrations, going to restaurants, and other activities that add to the spice of life. But apart from being enjoyable, such events serve a critical function in creating and maintaining the social bonds that are essential not just for psychological well-being, but also for physical health.

Indeed, it’s been suggested that meaningful social relationships are a necessity on a par with the need for food and warmth because human beings evolved to live in closely-knit communities. Living alone, or having to be isolated from others, as has been the required function of social distancing and shielding, is literally an unnatural state to be in. Importantly, when valuable connections are missing, people are more prone to suffer from a range of health conditions, ranging from the common cold to coronary heart disease.

In addition, our research has shown that social support can even make the physical environment appear less challenging: Participants who stood at the base of a hill judged it to be less steep when they had a friend by their side, than when they were alone. Thus, sadly, in a time when it’s essential to fend off the potentially life-threatening COVID-19 disease, we are often unable to draw on one of the most effective antidotes to stress and ill health.

While the benefits of fostering relationships with significant others are clear, what has received less attention are the more casual interactions in daily life that we often take for granted, even if they are just incidental, and we typically don’t give them all that much thought. For example, having a brief chat with a neighbour or a sales assistant at a shop may last for only a few minutes, but doing so creates what’s been called a “weak tie”, namely a contact with people outside one’s close social circle. Such relationships with strangers and acquaintances typically involve relatively infrequent contact that is not very intense. 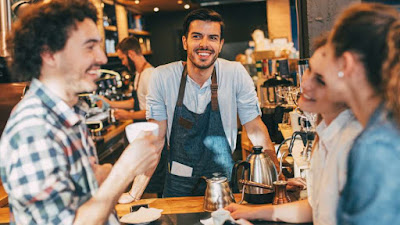 What is remarkable about weak ties, however, is that they can be a surprising source of positive feelings and well-being. For example, research has shown that making an effort to engage with the barista preparing your coffee at Starbucks can lead to an increase in positive affect, and a decrease in negative affect. In this study participants were instructed to “have a genuine interaction with the cashier—smile, make eye contact to establish a connection, and have a brief conversation.” In contrast, participants in the control condition were asked to “make your interaction with the cashier as efficient as possible—have your money ready, and avoid unnecessary conversation.” Compared to this control group, participants who talked to the barista reported improved affect and well-being, and a higher sense of belonging. Importantly, it also led to greater satisfaction with their Starbucks experience.

Similar effects were observed for commuters who were instructed to talk to strangers sitting next to them on the train, and to get to know them a bit. Participants universally dreaded doing so, and incorrectly predicted that it would be awkward and unpleasant. In reality, it significantly improved their mood. These findings fit with a larger research area on what has been called “affective forecasting”, which suggests that people are not very good at predicting what will make them feel happy (or miserable) in the future.

Of course, for the last three months people’s opportunities to establish weak ties have been very much limited. Now that more and more non-essential shops are starting to do business again, we can only speculate whether people will be willing to engage in their pre-COVID-19 consumer routines again while the virus remains active and in circulation. Apart from the perceived danger of venturing outside of the safe confines of our homes, retail experiences that involve having to wait in a queue before entering a shop, wearing a mask, and keeping a distance from other customers and shop personnel may simply not be all that enticing.

What’s more, if we consider the benefits of the weak ties described above, it’s an open question as to whether people will seek out the casual interactions that could in fact give an unexpected lift to their mood. Are consumers going to act like the participants in the “efficient condition” in the study described above, who just want to complete the business transaction and then get out of the shop as quickly as possible? Or, instead, might they in fact be inclined to linger just a bit longer, to take advantage of the casual contacts that they had been deprived of for such a long time? The latter would certainly be more desirable from a public health perspective, apart from bringing much needed business to retailers.

As the country starts to re-open shops, offices and other places that afford social interactions, it is worth considering how to facilitate the brief, casual encounters that we used to take for granted, but that have become increasingly rare over the last few weeks. Doing so could pay off in multiple ways.

Note: This Blog Post was first published on 17 June 2020 by the Bennett Institute for Public Policy, where Simone Schnall is a Visiting Fellow.

Posted by Simone Schnall at 12:23 PM No comments:

Why Starting a Diary Might be a Good Idea Now

I launched this blog a bit over a month ago, when it struck me that psychological theories might help understand people’s experiences while the COVID-19 situation was evolving. At the early stages I wrote about risk perception, and what factors make some people more worried than others. When following government guidance on health-promoting measures was still voluntary, social norms played an important role in whether people followed the official advice. Then with the lockdowns in place many changes to our lives became mandatory, and with regular routines uprooted, people had to adjust to this new reality, with various emotions, and coping strategies becoming relevant.

It now looks like social distancing measures of some sort will remain in place for many months to come, most likely until a vaccine is developed and vast segments of the population are inoculated, which could be as late as 2022. In the last post I wrote about how we often underestimate our own capacity to bounce back from adversity because when life looks gloomy it’s hard to imagine that one day it might be different. Fortunately, we often are able to cope better than we think. Is there a way to jump start the psychological immune system, to increase your own resilience? 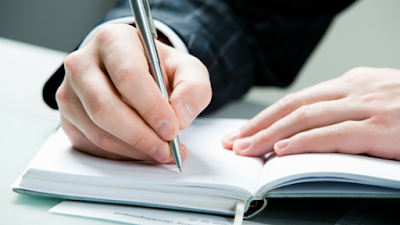 Start writing a diary in which you describe your thoughts and feelings. First, it’s a great way of documenting an unprecedented time in history, so you can look back on your own personal experience later on. Second, it can have highly beneficial psychological effects. James Pennebaker has done ground-breaking work on expressive writing. In one classic study he and his colleagues asked participants to write about a traumatic and upsetting event (vs. something neutral for the control group) for 20 minutes per day, over 4 days. They found that several weeks later, those who had written about the trauma showed better immune system functioning, and fewer doctor’s visits across time. Many studies now have found similar effects, as reviewed in Pennebaker's book Opening Up.

The reason why writing is so helpful is because it prompts us to find meaning in the stories of our lives. In challenging times we have lots of different thoughts, some more helpful than others, running around in the mind, creating confusion, anxiety and worry. But when we put words on paper we are forced to bring it all together in some way, with a timeline and at least a somewhat logical argument. This doesn’t have to be the thesis statement you were taught in composition lessons, or an essay, but you do have to put your words into a sequence. At the most basic level, it takes the form of ‘X happened, then Y happened, and here is what it all means.’ It turns out that doing this on a regular basis is an effective way to get over trauma.

What exactly did the study participants write that was beneficial? One striking finding in this line of research is that they changed their use of pronouns, in particular, a reduction of the use of “I” and “me”, in favour of “we” and “us”. In addition, markers of cognitive complexity (e.g., causal words such as “because” or “therefore”) also increased, suggesting that people get better at making sense of their what happened to them, and find some meaning in it. Analyzing language content is a common research tool now. We used it in our work, and found that when people experienced emotional feelings in line with emotional thoughts, they showed better memory, which was also reflected in language of cognitive complexity.

So, writing a diary can be good in many ways. As a side note, picking up a pen and putting ideas on actual paper is probably better than typing on a computer. Research by Pam Mueller and Daniel Oppenheimer has shown that when it comes to note-taking during lectures, students were better at retaining information  when writing by hand, rather than on a laptop. One interpretation is that hand-writing requires putting thoughts into a more logical sequence because it is captured on a permanent medium, and therefore provides a better sense of the bigger picture. The conclusion of this work was that ‘the pen is mightier than the keyboard’, and there’s a good chance that the same is true when it comes to writing your way through whatever challenges you might be dealing with at the moment.

Writing down your thoughts and feelings on a regular basis has many positive effects because it helps to make sense of difficulty, and create meaning. It’s of course also useful in producing a written record of the new world we find ourselves in, to file away for future reference. Now is a good time to start because life has probably settled down a bit for most people, and more planning is possible. If it becomes part of a regular routine it also helps provide structure to days that that blend into each other, where a new day seems just like the one before, and it’s easy to lose track of time. During a crisis, anything that creates order, however small, can go a long way.
Posted by Simone Schnall at 4:04 PM No comments:

Simone Schnall
Dr. Simone Schnall is an Experimental Social Psychologist in the Department of Psychology and Director of the Cambridge Body, Mind and Behaviour Laboratory at the University of Cambridge. She also is a Fellow and Director of Studies at Jesus College Cambridge, and Visiting Fellow at the Bennett Institute for Public Policy. This blog reflects her personal views.